Ranges between 10-15 participants each week 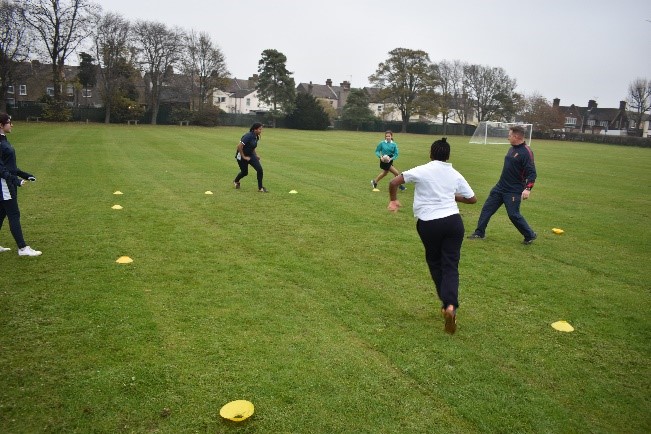 The satellite club is being funded by Kent Sport, with the club receiving £1,080 in total to pay for 36 weeks of rugby coaching at the school from Medway RFC. 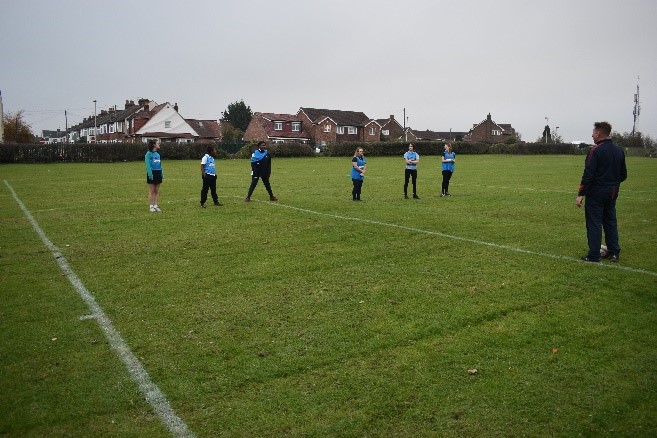 Every week participant numbers tend to range between 10-15 pupils. The participants are all female, and the club is free for all pupils at the school who wish to attend. 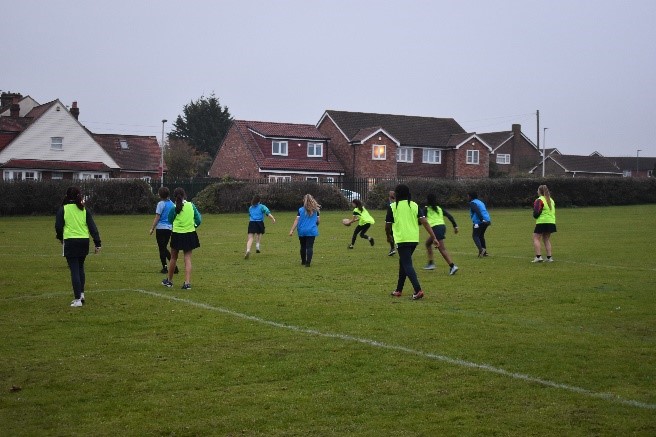 Success of the project

Most of the participants come every week, having not played much rugby before this term. A few of the girls have been nominated by the teacher for the Kent team. 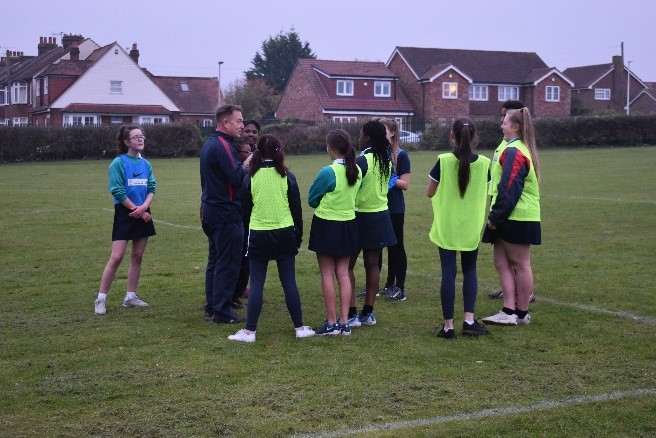 The club has a relaxed atmosphere with a good balance between playing and coaching. The school are hoping to set up a team and arrange some local matches in 2020.

Kent Sport visited Chatham Grammar in order to see one of the numerous rugby Satellite Clubs being delivered by Medway Rugby Football Club.

The school had not hosted a rugby club has not run for a few years due to the low demand for it in the past. However, in September this year the school decided to apply for satellite club funding for this academic year and were then successful in their application. The group of participants are therefore new to the sport and the numbers are gradually rising as the weekly sessions go on. The average attendance figures have been approximately 12 female participants at a session.

The aim is to build on these participant numbers and try to get a team together. Chatham Girls are keen to arrange some friendly matches with local schools in 2020, and then prepare for the Medway School Games. Mrs Wakeman, PE Teacher at Chatham Grammar stated that she was “really impressed by the group of girls attending week-in week-out. A few of them have even been nominated to play for the Kent team!”. These individuals will find out early in 2020 if they have been lucky enough to be selected. In order to gain even further interest in the club, PE teachers have been promoting the sessions, as well as class teachers in other departments. Posters were also designed with images of some of the pupils to further endorse the rugby club.

The Satellite Club consists of a mixture of training drills and small matches, with participants involved in the design and delivery of the session. There are a range of attacking and defensive exercises which use balls, pads, cones and bibs in order to teach different skills needed within a match. The coach is always approachable should participants require further advice or support at the sessions. Mark Errington from Medway RFC coaches the Satellite Club. He believes that “Medway RFC has a successful Under 15s side, and this is largely due to the Satellite Clubs running in schools across Medway”. This highlights the positive impact that the programme and Medway RFC are having on the under-represented groups in the local area (i.e. females; deprived backgrounds; and black and minority ethnic groups). Over the last two years, Kent Sport have funded nine Medway RFC satellite clubs, and this has engaged a total of 301 participants.

11 of the satellite club participants were surveyed at one of the rugby sessions. One of the questions that was asked was relating to the extra-curricular levels of physical activity before and after attending the satellite club outside of PE lessons. These figures are shown in Graph 1 below:

As we can see from the findings, levels of physical activity outside of PE have now increased. Previously there were only 18% of the participants taking part in more than three hours a week, but this figure has now increased to 73% because of attending the rugby satellite club. This is clearly showing the Satellite Club is contributing towards the girls achieving the recommended daily activity guidance of 60 minutes per day.

Another of these questions was regarding the likelihood of joining the community club as a result of attending the satellite club from 1-10. These figures are shown below in Graph 2: The results show that only 9% of the surveyed participants gave a score of below 4, and 64% of them gave a score of above 6. This shows that the majority are interested in joining the community club as a result of attending the satellite club at their school.

The satellite club was originally set up to up to target females and participants from minority ethnic groups, and it has successfully achieved this. The participants are improving their physical and mental health as a result of attending the sessions, as well as there being a positive social impact for the pupils, with one pupil saying that they “enjoy spending time with time with their friends whilst trying out a new sport”. Chatham Grammar are now looking for way to increase engagement and build on this satellite club for future years to come.