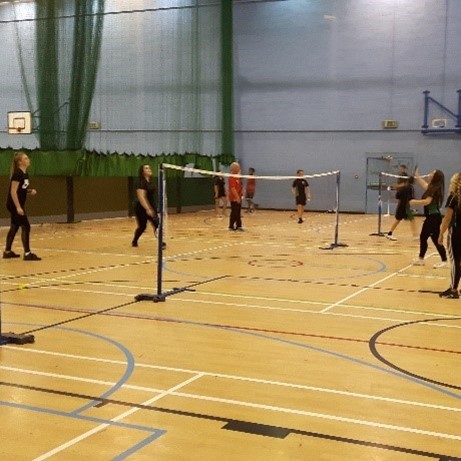 The badminton club is being supported with £820 to be spent on new equipment such as racquets, shuttlecocks and nets; as well as paying the coach for the weekly sessions. 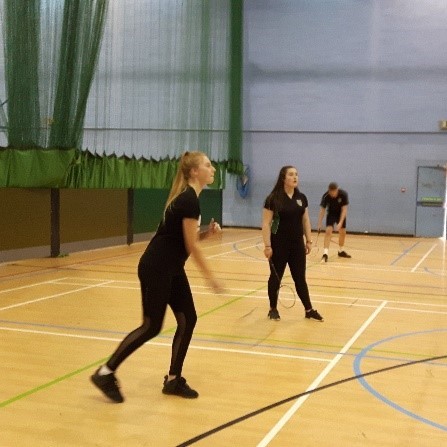 There are usually 10-25 participants attending the sessions, aged between 11-16, and both males and females. Students are free to turn up and leave at any time during the session. 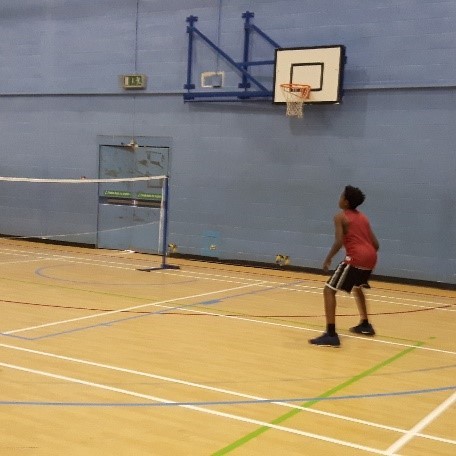 Success of the project

The retention of participants is very high, and 6 students have transitioned to the hub club Racqueteers Badminton Club. The older participants play during open evenings to get people involved. 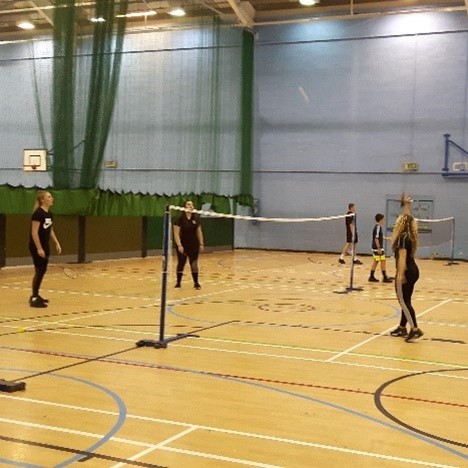 A number of fun tournaments have been run by The Canterbury Academy. These include covering the nets so that the participants can’t see their opposing players and players wearing fancy dress.

On Wednesday 17 October 2018, Kent Sport visited the badminton Satellite Club being run at The Canterbury Academy.

The sessions are being run for two hours each week by badminton coach Ray Rofe, and usually see 10-25 participants attend the club. Mr Rofe stated that “most people come week in week out, so there’s quite a lot of regulars”, and there have even been six participants who have transitioned to Racqueteers Badminton Club in Canterbury. The Satellite Club is fully inclusive and has even been known to get international exchange students engaged in the past.

The badminton club has adopted a relaxed approach, with pupils able to turn up and leave within the session due to travel or other commitments (such as revision sessions or other clubs). There is a good balance between coaching and playing time, and participants are given the freedom to take ownership within the sessions. Some of the students are even brought to The Canterbury Academy with sports scholarships in other sports and then have grown an interest in badminton as a result of attending the school.

In the 2018/19 academic year, £820 was allocated in funding for this Satellite Club. This has helped to maintain the club by not only to provide the coaching costs for a period of 26 weeks, but also to purchase 15 new badminton racquets. This has led to greater sustainability by becoming less reliant on external providers. The club has set up fun tournaments sometimes, including covering the nets so that the participants can’t see their opposing players; as well as players wearing fancy dress. This helps to keep the individuals engaged and enjoying themselves.

The club has also provided the participants other skills outside of the sport, including leadership opportunities. The older pupils have been able to provide the younger participants with demonstrations and tips. Some of these older pupils have even helped the PE department at the school’s year 6 open evening. The weekly school newsletter recognises sports club participation and achievements; as well as certificates, house points and book tokens being given to pupils who have attended the club and competed in matches.

Mrs Sutherland, a teacher at The Canterbury Academy, was asked about why she was keen to develop the badminton club. She stated that she was “really passionate about badminton, and this Satellite Club opens the door to a new sport for students, which helps to keep the sport alive.”

The Canterbury Academy continued to run the badminton Satellite Club in the 2019/20 academic year to increase participation and enjoyment by all.