They bridge this gap by engaging communities in physical activity and creating a pathway for people to get into the sport.

The impact and feedback received from all venues and participants has been positive, especially regarding the behaviour of pupils in lessons, improved self-confidence and young people who do not usually engage gaining an interest in sport and physical activity.

Below are just a few examples of what Olympia Boxing does and the environments they have been working in. 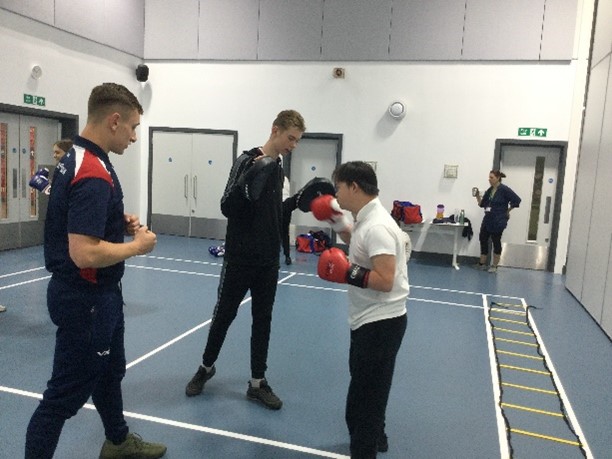 The Boxing programme at Nexus school is part of a wider targeted project to help overcome the barriers to participate in sport and physical activity.  The sessions are delivered in a way that all young people can be included, even if they are not interested in the Boxing element. The coaches provide a fun and inclusive environment which allows young people to make their own decisions in what activity they would like to participate in.

“It has helped improve coordination and self-awareness. Anything they do in here will help them later on in the classroom”.

Sessions at Meadowfield school have been delivered as an enrichment opportunity for students. Young people have been engaging in non-contact boxing which has resulted in them gaining self confidence and a love for sport.

“The children have grown socially, emotionally and physically. Children are so much more calm after sessions and speak freely about how much fun they have. I feel that Olympia Boxing is essential and has enriched the lives of so many young people at Meadowfield.” 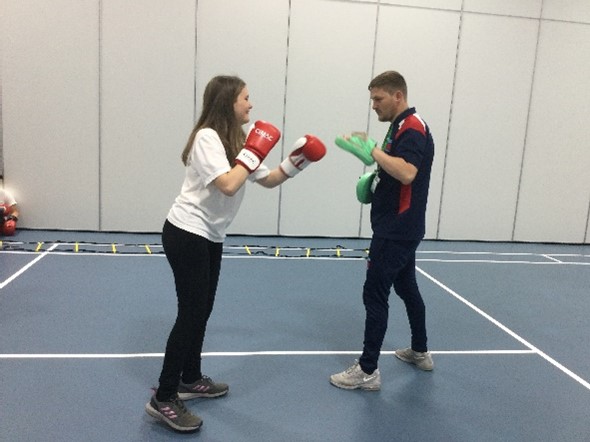 Extracurricular Boxing sessions are also delivered at Hillview School for Girls. Boxing was a sport selected by the least active pupils at the school as one they would like to try, with the information gathered from a survey conducted by Active Kent and Medway.

“It was a pleasure to see our pupils engaged in something completely different, that they do not tend to get in lesson time… We especially had good feedback regarding pupils’ engagement in lesson, knowing that had boxing club at lunchtime”

Olympia Boxing have been delivering at West Kent YMCA as part of their Horizon project. The impact on the young people has been positive with two club members joining Boxing clubs and one of them completing the Boxing coaching qualification through Olympia Boxing.

“The coaches are really good, they understand my difficulties and always help, so I really like the boxing sessions”

“I am very impressed with the service provided by Olympia Boxing and the impact it has had on our young people, all of whom have SEND and / or behavioural issues and traumatic backgrounds”

Sessions at The Howard School have been successful and benefited many young people both physically and mentally. Below are quotes from students at the school which highlights the benefits of Boxing to them. 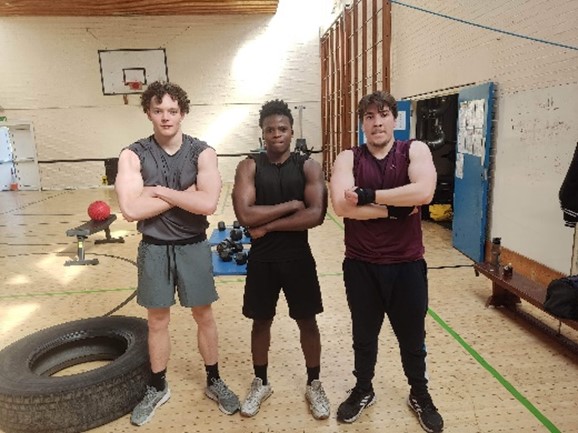 “There is the opportunity to meet new people while also working on your own wellbeing. It helps deal with the stress of exams and provides a mental escape from the stresses of school”

“The motives and atmosphere that this club and sport brings to me and others, I truly believe can help change and alter the trajectory of how young men in our community are behaving today”

One of the biggest challenges that Olympia Boxing has faced has been engaging the young people to begin with. However, this has been overcome by offering multiple different stations for the young people to move around. This is so that they can choose what they do and change activity as and when they would like to.

Due to many of the participants coming from low-income families, one of the other challenges is ensuring sessions become financially sustainable post funding. Many schools also find it difficult to ask parents for contributions to after school’s clubs, however some schools and public sector organisations have prioritised resources to help sustain activities for the benefit of young people’s physical and mental wellbeing.

“Without projects such as these there will be a lot of students not being active, not getting sporting or boxing experiences and leading down different paths”

“Be patient with the participants, engage slowly, build rapport and trust first”

Due to the successes of the programmes and the evidence provided, seven of these schools have ensured they put the boxing programme into their 2022/23 academic year budget. We are working with the rest of the schools and community groups to secure the funding needed as most do not have the budget or parent income to achieve this.